" Will the 'fragrant' Mogherini still rush into Putin's arms tomorrow?"

Well .... she may not be rushing into Putin's arms, but she has had a little tete a tete with that dyed-in-the-wool Soviet foreign minister Lavrov over the phone yesterday, ostensibly to discuss Putin's threat to cut off gas supplies to Ukraine and, by implication, the EU.

The 'fragrant' Mogherini said that,

"We discussed how to solve the issue of gas supply at trilateral level," Mogherini said, referring to Russia, Ukraine and the EU."(Reuters/Dado Ruvic : Thu Feb 26, 2015)

She then went on to say that,

"There will be a meeting on Monday. The Russian energy minister will participate. We agreed that if things go well, we could develop a bilateral dimension for energy talks between EU and Russia." (ibid Reuters) (my emphasis)

Now, "The EU and Russia have for years had an "energy dialogue" to discuss energy cooperation but there has been little effort to work together since Russia annexed Ukraine's Crimea region last year, leading the EU to impose economic sanctions on Moscow." (ibid Reuters) (my emphasis)

What, therefore, is the 'fragrant' Mogherini up to by even suggesting that Russia and the EU could re-instate their bi-lateral "energy dialogue", even though Putin and his army still occupies Ukrainian Crimea, and contrary to the stand that has been taken by the EU over the previous "energy dialogue" between themselves and Russia?

"...accused Kiev of threatening to cut off gas to separatist regions in the east of the country, an act which he said "smells of genocide",


"... in practice, the volumes for rebel areas are small and Kiev couldn't cut them off if it tried, because rebels and Russians control pipes at the border."(Reuters/Gleb Garanich : Thu Feb 26, 2015) (my emphasis) 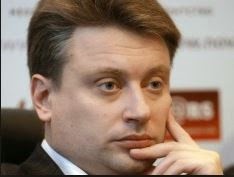 Valentyn Zemlyansky informs us that,

"All these threats by ... [Putin] are not particularly frightening for us, as the situation has radically changed compared to last autumn," said Zemlyansky (pic. right), [former spokesman for Ukraine's gas firm Naftogaz]. "We've passed through the winter season - the mild weather really helped us, as well as decreased consumption by industry."

He estimated Ukraine would consume about 35 billion cubic meters of gas in 2015. That is not far out of line with what it produces itself and imports from Europe, although it will be important to build up reserves for next winter's peak." (Peter Graff and Pavel Polityuk : Reuters : Thu Feb 26, 2015) (my emphasis)

In light of what Zemlyansky has said, we have to ask ourselves, "What, exactly, is the 'fragrant' Mogherini really up to by suggesting that the EU could resume " a bilateral dimension for energy talks between EU and Russia." if  "things go well" at the energy talks on Monday between the EU, Ukraine, and Russia?

Putin really does not have a leg to stand on regarding his empty threats about cutting off gas supplies to Ukraine and the EU. In fact, Putin is 'shooting himself in the foot' since in the very near future Ukraine will no longer have to purchase gas from him, as Zemlyansky indirectly points out.

Are these 'empty threats' of Putin his way of trying to influence to-day's scheduled meeting of the UN's Security Council to discuss the ceasefire in ukraine?

"The UN Security Council (pic. right) scheduled an emergency session to discuss the fragile ceasefire in Ukraine on Friday, a year to the day since Russian troops and pro-Moscow forces began seizing ports and cities on the Black Sea peninsula of Crimea." (Bangkok Post : 27 Feb 2015) (my emphasis) 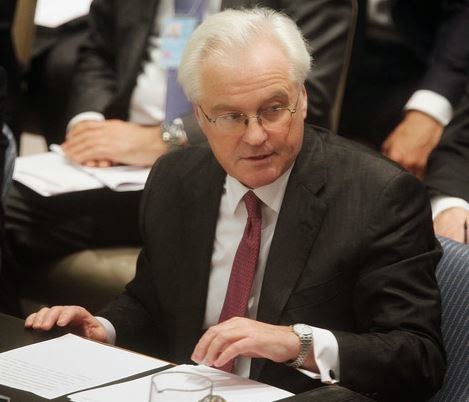 This meeting must be sticking in the craw of Putin since the UN has come out strongly against his annexation of Crimea. No doubt to try and give a 'figleaf' of respectability to his argument that his proxies and his Russian soldiers are 'adhering' to the protocols of Minsk2 he will, through the mouth of Russian UN representativeVitaly Churkin (pic. left), point to the fact that his heavy weaponry in eastern Ukraine are withdrawing from the frontline strictly according to the Minsk2 protocols.

What he will deliberately leave out is the fact that he is massing his troops and weaponry near Mariupol as a prelude to attacking that strategic port in the very near future. 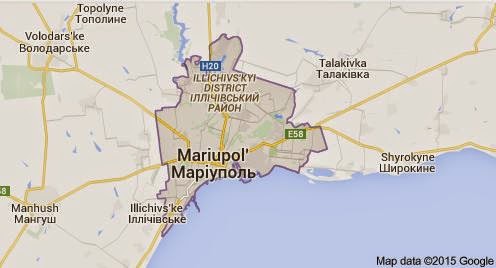 "Russia wants to secure a land corridor in eastern Ukraine that could include Mariupol but pro-Moscow rebels may wait until the spring to attack the strategic port city, the US spy chief said Thursday.

"He wants a whole entity composed of the two oblasts (regions) in eastern Ukraine which would include a land bridge to Crimea and perhaps a port in specifically Mariupol.


"We do not believe that an attack on Mariupol is imminent. I believe they will wait until the spring before they attack." (Yahoo News : 27 Feb., 2015) (my emphasis)

It is with this possibility in mind that the UK, US, and Canada, are sending military trainers to Ukraine to prepare the Ukrainian army for this offensive that Putin's generals are setting up. 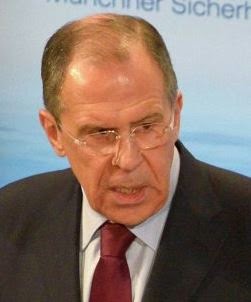 Is this why Lavrov (pic. left), at a conference yesterday

" ..... accused the West of putting forward "ridiculous" demands. "Everyone understands perfectly well that there are no ideal truces and ideal cease-fires," he said." (VoA News : February 26, 2015) (my emphasis)

And what are these ridiculous demands that the West is putting foreward?

"Both the United States and some leaders in Europe have threatened to impose tougher sanctions against Moscow if it does not stop supporting pro-Russian separatists in eastern Ukraine." (ibid VoA News) (my emphasis)

For, " there are no ideal truces and ideal cease-fires" read "Mariupol can therefore be attacked by our soldiers and proxies" 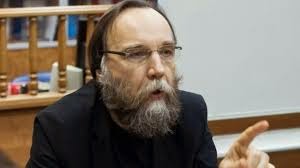 We now wait to see what the UN Security Council will come up with. But we really should not hold our breath. After all, Vitaly Churkin, Putin's mouthpiece, can simply veto anything that goes against the grain of Putin's dangerous fantasies about bringing into being Alexander Dugin's (pic. right) geopolitical dreams about "Novorossiya".